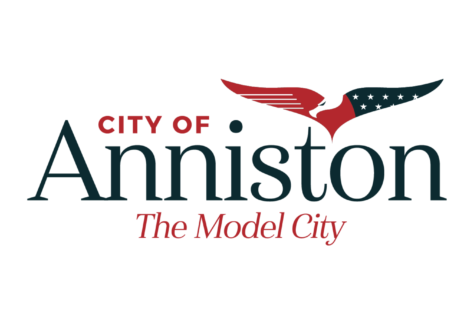 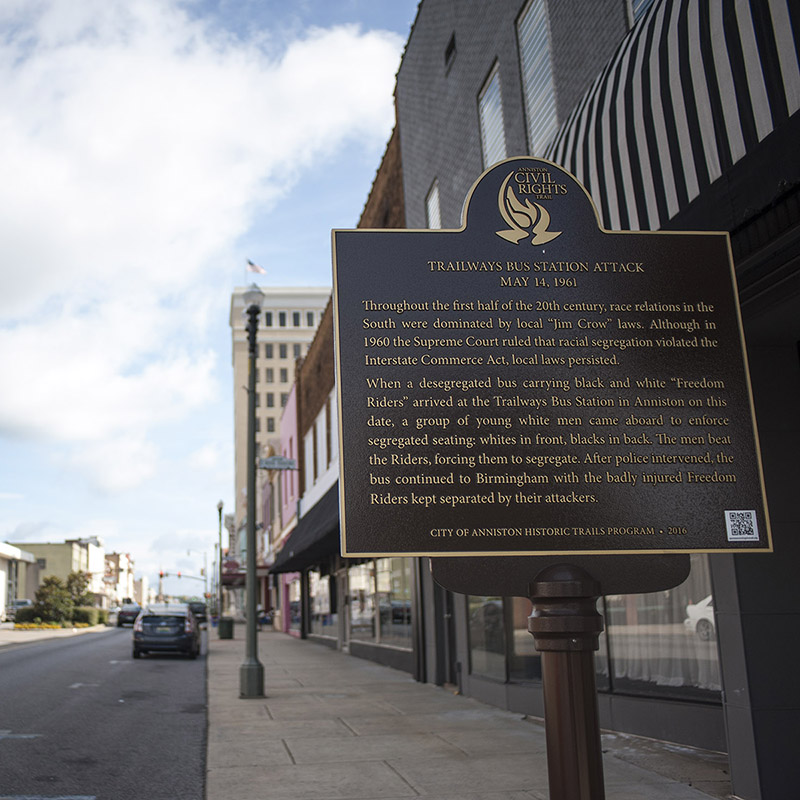 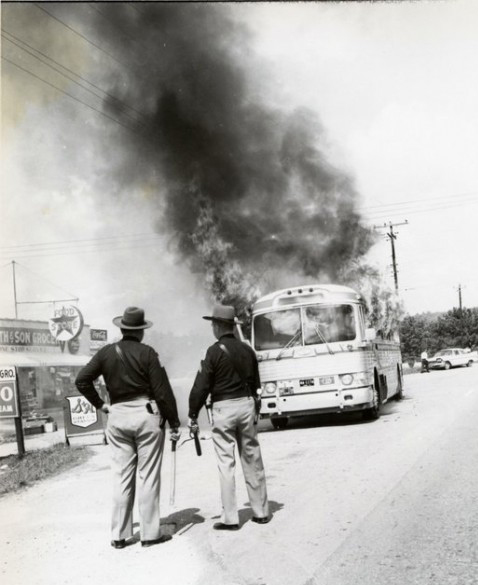 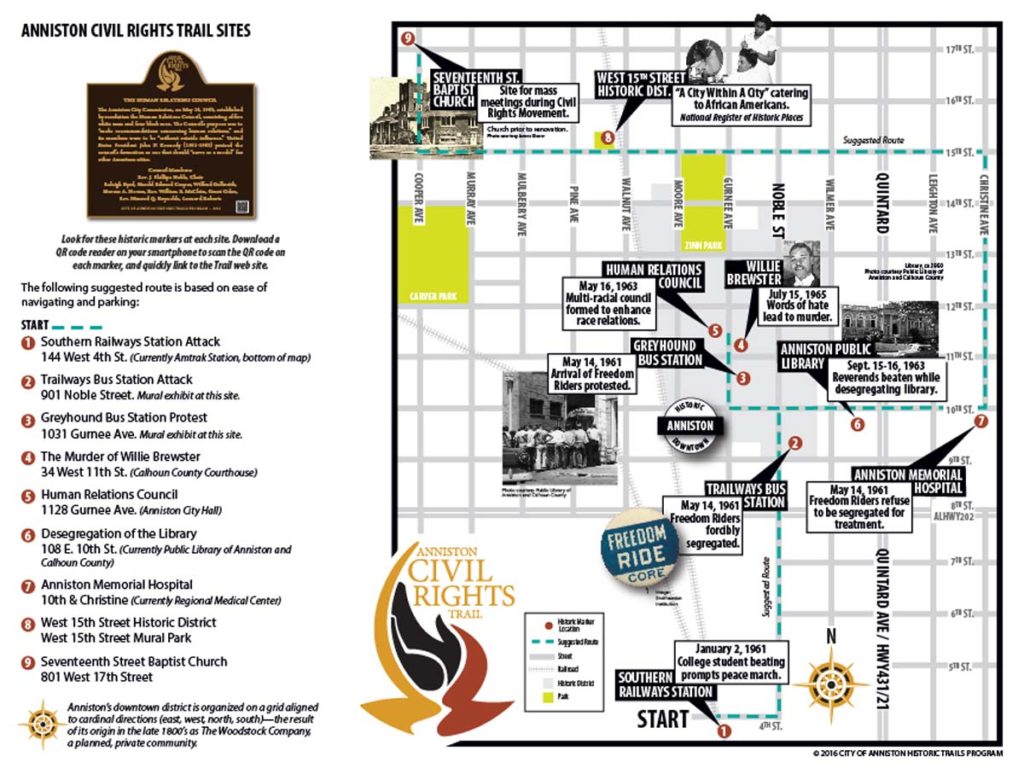 Today, the trail includes ten historic sites marked with brown and gold historic markers. Each marker includes information about the specific event that took place at each trail site. For instance, the West 15th Street Historic District was once the economic and social hub of Anniston’s African American community; the Seventeenth Street Missionary Baptists Church was the home of “mass meetings” for African American Annistonians who planned and executed Anniston’s part of the Civil Rights Movement; the Greyhound Bus Station Demonstration was the site of the Greyhound bus terminal where on May 14, 1961, a bus carrying Civil Rights Activists known as “Freedom Riders” was attacked by an angry and violent mob who were protesting desegregation of public transportation facilities; and more. Digital QR codes on each marker link audiences to online mobile content.

In January 2017, President Obama leveraged the Antiquities Act of 1906 and proclaimed two historic sites in Calhoun County, Alabama, as the “Freedom Riders National Monument,” creating the nation’s first national monument dedicated to telling the story of the Freedom Rides. The two sites included the Greyhound Bus Station and the Freedom Riders Park, located at the site of the bus burning 6 miles west of Anniston off Highway 202.

UPDATE:
On Saturday, Sept. 30, 2017, the members of St. John United Methodist Church unveiled a new plaque on the Trail. Saint John was the site of mass
meetings during the Civil Rights Movement. The Ku Klux Klan, who violently opposed civil rights progress in Anniston and other Southern Cities, fired shots into the Church on Mother’s Day, May 12, 1963.

The Alabama Register of Landmarks and Heritage added Saint John U.M.C. on December 1, 2016.